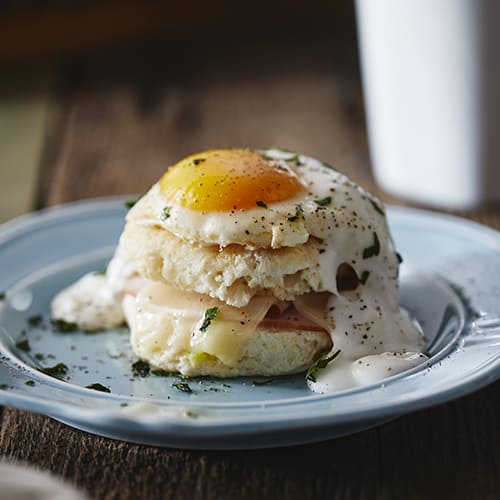 This delightful variation on a classic French sandwich features sliced ham and melted Swiss cheese served on a split golden-brown Conestoga® Buttermilk Biscuit that’s been topped with an over-easy egg and savory Pioneer® Old Fashioned Biscuit Gravy. For another tasty variation, leave off the egg and serve it as Croque Monsieur!

1. Preheat convection oven to 350°F.
2. Prepare the Pioneer® Old Fashioned Biscuit Gravy Mix according to the package instructions. Set aside.
3. Leave the thawed Conestoga® Simple Split Buttermilk Biscuits in the bakeable tray and bake in the oven for 4-6 minutes, or until golden brown. Split biscuits into two halves and set aside.
4. Assemble the sandwiches on a parchment-lined sheet pan by placing a slice of ham and a slice of cheese on each biscuit half. Place the sandwiches in the oven only long enough for the cheese to melt. Remove from oven and set aside.
5. Ladle 1-2 oz. of the prepared gravy over each sandwich and serve.
6. Meanwhile, spray a large non-stick skillet with oil and make 48 over-easy eggs. Season with salt and pepper and place on top of the cheese on each sandwich. 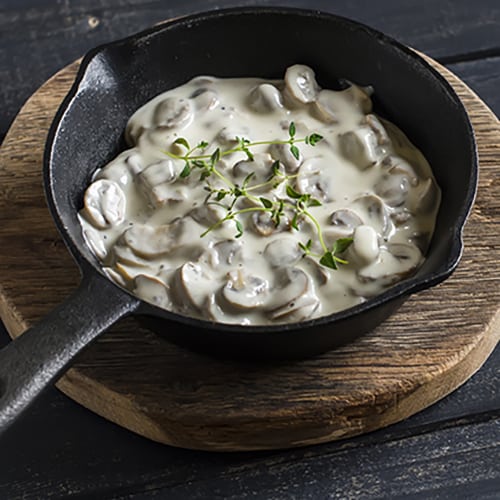 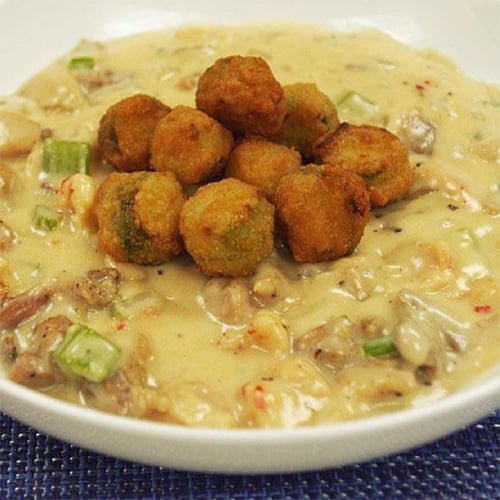 VIEW RECIPE
BACK TO RECIPES